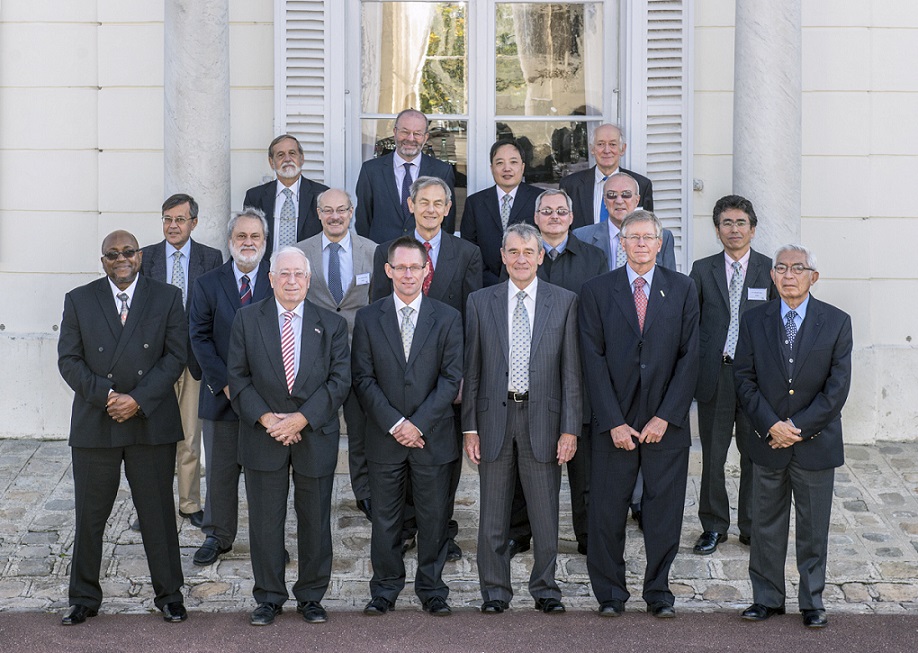 The CIPM decided to hold its next meeting in March 2014.

The CIPM accepted the principle that the BIPM should establish an NMR facility subject to the availability of support from a third party and asked the CIPM bureau to review the document "BIPM Policy on Soliciting and Accepting Support from Third Parties".

The CIPM noted the need to review the effectiveness and efficiency of the CIPM MRA with some urgency and decided to request the Consultative Committees and the Joint Committee of the Regional Metrology Organizations and the BIPM (JCRB) to initiate their individual reviews of its implementation and operation as soon as possible. Guidelines and a timescale for these reviews will initially be based on the work initiated by the CCQM and will be circulated within two months. A formal overarching review of the effectiveness and efficiency of the CIPM MRA, taking into account the outcomes of the CC and JCRB reviews, will be conducted by a committee with membership and terms of reference to be established by the CIPM. Membership to include representatives from the CIPM, the regions and others. It was noted that Robert Kaarls, Luc Érard and Wynand Louw offered to serve as members.

The CIPM approved the following changes to CIPM MRA documents:

The CIPM approved the following changes in Consultative Committee membership:

The CIPM appointed Prof. Ullrich as President of the Consultative Committee for Units (CCU) from 1 January 2014.

The CIPM considered the report from the President of the Consultative Committee for Ionizing Radiation (CCRI) and supported the continuation of the key comparison for accelerator dosimetry as planned during the period 2013-2015 and that this should continue to be a priority for the Work Programme 2016-2019. The BIPM will maintain a watching brief on developments at the NMIs in this area.

The CIPM approved, in principle, the proposal from the President of the Consultative Committee for Amount of Substance: Metrology in Chemistry (CCQM) to reorganize its structure and change its name to better address biology within its scope.

The CIPM noted Recommendation G1 (2013) "On a new definition of the kilogram" of the Consultative Committee for Mass and Related Quantities (CCM) and endorsed the new CCM activity statement, the CCM Draft Terms of Reference according to Appendix 2 of the CCM report submitted to the CIPM, and the new CCM structure and chairmanship according to section 3.2.1 to 3.2.3 of the CCM report.

The CIPM gave the BIPM Director the authority to implement IPSAS 28, IPSAS 29 and IPSAS 30 on financial instruments for the 2013 financial statements of the BIPM Pension and Provident Fund.

The CIPM approved the BIPM budget proposed for 2014, and endorsed the decision to present operating and investment expenditure separately.

The CIPM decided to empower the CIPM bureau to develop and circulate the Convocation and Resolutions for the 25th CGPM based on the draft documents discussed at the meeting and incorporating the comments from the CIPM.

The CIPM supported the proposal to hold the next General Conference on Weights and Measures (CGPM) over three days, preceded by a preparation day at the BIPM on the Monday of the week of the CGPM. The venue for the CGPM will be the Palais des Congrès de Versailles.

The CIPM requested the BIPM to draft a decision for approval at its next meeting that will bring the new procedure into effect as described in Step 5 of the document 'Criteria and Process for Election of CIPM Members' (To initiate this new Election Process, current CIPM Members have collectively agreed to vacate their Appointments congruent with the first meeting of the newly elected CIPM if not re-elected).

The CIPM accepted the changes proposed by Dr May to the document "Criteria and Process for Election of CIPM Members". The revised version to be placed on the CIPM webpage dated 25 October 2013.

The CIPM will notify the CC Presidents that they should respond to any feedback received from NMI Directors, the RMOs or Member State Representatives with respect to their strategic plans. The CC Executive Secretaries will assist the CC Presidents in this task.

The CIPM accepted the minutes of Session I of the 102nd meeting of the CIPM as a true record.